An effort to calibrate model parameters of watershed states

In the early days of hydrologic simulation, in the Stanford years, “pseudo calibration” was coined to describe attempts to calibrate model parameters within the range of influence of an initial watershed state. Pseudo calibration fails because the watershed state (like soil moisture or snow levels) is described by variables. Parameters like land slope and soil profile characteristics are constants.

Streamflows produced by a watershed model (and by watersheds!) are dependent on the initial watershed state as a model run begins. Watershed state is a combination of soil moistures, active groundwater storage, snowpacks, transient storage in upstream channels, and storage in lakes and reservoirs.

Then and only then is reliable calibration of model parameters possible. 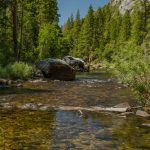 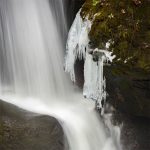